Annual Mobile Event Attracted Over 7,900 CEOs;
Attendees from Across the World Convene in Barcelona to Shape the Future of Mobile;
5G Front and Centre Stage

BARCELONA, Spain--(뉴스와이어) 2019년 03월 05일 -- The GSMA today reported that more than 109,000* visitors from 198 countries and territories attended MWC19 Barcelona, the mobile industry’s premier event. More than 55 per cent of this year’s MWC attendees held senior-level positions, including 7,900 CEOs. There were 3,640 international media and industry analysts at the event to report on the many significant industry announcements. Preliminary independent economic analysis indicates that MWC19 will have contributed approximately €473 million and more than 14,000 part-time jobs to the local economy.

“Today we celebrate another highly successful MWC Barcelona, which brought together attendees, governments and regulators across the global ecosystem, spanning multiple sectors and reflecting the expanding role of mobile connectivity,” said John Hoffman, CEO, GSMA Ltd. “With the theme of ‘Intelligent Connectivity’, 5G was prominent at MWC19 and it was exciting to see a glimpse of that new world, with 5G-enabled handsets launched, new products and services, and even the first demonstration of live tele-monitored surgery over 5G technology. The mobile industry continues to make strong progress with 5G and MWC Barcelona continues to showcase the best and most creative elements of our connected world.”

Over four days, MWC19 highlighted the intersection of ‘hyper-connectivity’, enabled by 5G and the Internet of Things (IoT), and ‘intelligence’, delivered by artificial intelligence (AI) and big data. In addition to the core elements of intelligent connectivity, MWC19 explored the key topics of Content, Digital Trust, Digital Wellness and The Future.

Showcasing the Future of Mobile

The GSMA also introduced BREEZ (Biometric Recognition Easy Entry Zone). Opt-in enrolment to BREEZ allowed contactless entry for attendees, enhancing security and eliminating the need to show ID or have badges scanned in order to enter the event at venue entry points and restricted areas. In its first year, more than 40 per cent of attendees used the service to successfully enter MWC19.

The popular GSMA Innovation City was visited by more than a third of MWC attendees, which experienced the mix of 5G, IoT, AI and big data and saw how it is already positively impacting the lives of citizens and businesses around the world. Visitors had the opportunity to experience a number of hands-on demonstrations across a range of diverse sectors including entertainment, transportation, environment and robotics from our partners Google, Huawei, KT Corporation, Sierra Wireless and Turkcell, as well as from GSMA programmes.

In the NEXTech Theatres, the GSMA hosted 40 Programmes by 38 Partners over the four days. The spotlight was on disruptive technologies from virtual reality/augmented reality and robotics, to cognitive computing, artificial intelligence, and more. The Graphene Pavilion was back for the fourth year, showcasing exciting ideas for bringing the benefits of graphene to new applications. Embracing new ideas for innovation and growth, MWC19 again presented the Mobile World Scholar Challenge to highlight new and impactful ideas from the academic and research communities across the globe.

An integral element of MWC Barcelona, the Ministerial Programme offers a unique forum for ministers, regulators, international organisations and CEOs from around the world to discuss key developments and policy trends in the mobile sector. This year’s programme broadenened the traditional policy and regulation discussion, with a new focus on mobile and the emerging digital citizen. The 2019 Ministerial Programme hosted 190 delegations from 150 countries and 40 international organisations, with total attendance exceeding 2,000 delegates.

4 Years from Now (4YFN), one of the most influential start-up event platforms in the world, welcome more than 23,000 attendees in its sixth edition in Barcelona, with sponsors including Banco Sabadell, Airbus, Telefonica and Vueling. The programme included keynotes, panels, fireside chats and start-up competitions, 1:1 start-up mentoring, investor and corporate meetings, pitching competitions, “pitch the press” sessions, networking activities and more.

At MWC Barcelona the GSMA continued its commitment to increased the number of women at the event, with more than 25,000 female attendees. Additionally 37 per cent of keynote speakers and 27 per cent of all speakers in the conference programme were women. Back for its third year and continuing the commitment to reducing the gender gap in the mobile ecosystem, the GSMA Women4Tech Summit gathered senior leaders to discuss hot topics ranging from finding AI talent to working in a post #MeToo world, among others. New to the Women4Tech Summit was Inside Track which offered attendees the opportunity to gain critical insights on their own professional skills from a Fortune 500 expert.

YoMo Back in Barcelona

The hugely successful Youth Mobile Festival (YoMo) returned to Barcelona for a third year, continuing to inspire young people to pursue education and careers in science, technology, engineering, art/design, and maths (STEAM). Over the five days, approximately 25,000 young people aged between 8-18 and educators from around Catalunya, gathered to participate in an array of educational exhibits, live theatre shows, interactive workshops and hands-on activities, as well as educator-focused workshops, lectures and more. More than 50 per cent of the attendees at YoMo were female, helping to address gender equality for future generations and further the GSMA’s commitment to reducing the gender gap in the mobile ecosystem.

“On behalf of the GSMA, I would like to thank all of our attendees, exhibitors, sponsors and partners who came together to make MWC19 so productive and successful,” concluded Hoffman. “Further, we extend our gratitude to the Spanish Ministry of Industry, Trade and Tourism, the Generalitat de Catalunya, the city of Barcelona, the city of Hospitalet, Turisme de Barcelona, the Fira de Barcelona and the Mobile World Capital Barcelona Foundation for their ongoing support.”

Get Involved at MWC20 Barcelona

MWC20 Barcelona will be held 24-27 February, 2020. More information on MWC Barcelona is available at www.mwcbarcelona.com. Follow @GSMAEvents on Twitter for event developments and updates and use #MWC19 to be part of the conversation. You can also find us on LinkedIn at www.linkedin.com/showcase/mwcbarcelona/ or on Facebook at www.facebook.com/mobileworldcongress/. Follow @GSMA on Twitter for other GSMA news and activity.

Note to editor: *This figure represents the number individual attendees at the event, including delegates, exhibitors, contractors and media; it does not represent the total number of entries to the event.

The GSMA represents the interests of mobile operators worldwide, uniting more than 750 operators and nearly 400 companies in the broader mobile ecosystem, including handset and device makers, software companies, equipment providers and internet companies, as well as organisations in adjacent industry sectors. The GSMA also produces the industry-leading MWC events held annually in Barcelona, Los Angeles and Shanghai, as well as the Mobile 360 Series of regional conferences. 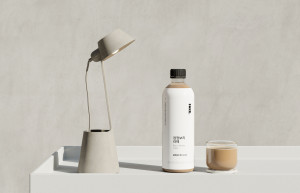