Toshiba Memory to Rebrand as “Kioxia” in October

Kioxia is a combination of the Japanese word kioku meaning “memory” and the Greek word axia meaning “value.” Merging “memory” with “value,” Kioxia represents the company’s mission to uplift the world with “memory,” which forms the foundation of the company’s vision. Kioxia will cultivate the new era of memory, defined by rapidly increasing demands for large-capacity, high-performance storage and data processing, which positions the company to grow sustainably as a leading flash memory producer for many years to come.

“I am delighted to take the next step in our company’s evolution as we continue to enhance our position at the forefront of the memory industry,” said Stacy J. Smith, executive chairman of Toshiba Memory Holdings Corporation. “Using ‘memory’ as our starting point, Kioxia will collaborate with people to meet the various needs of everyday life, making the world more interesting and providing long-lasting value to society.”

Toshiba Memory Corporation has driven the technological evolution of flash memory from its invention of NAND flash memory in 1987 through its introduction of the latest 3D flash memory, BiCS FLASH™. As society creates increasing amounts of active data through new technologies such as 5G, IoT and cloud computing, more memory and storage is needed than ever before. As an industry pioneer and continued global leader in flash memory and solid-state drives, we are well positioned to enable our digital society to launch into a new era of memory.

Kioxia’s Mission
Uplifting the world with “memory” —
By evolving “memory,” we create uplifting experiences and change the world.

Kioxia’s Vision
With progressive memory technology at the core, we offer products, services and systems that create choice and define the future.

· The Chinese notation of Kioxia is 鎧俠 in traditional Chinese and 铠侠 in simplified Chinese.
· The name of Toshiba Electronics (China) Co., Ltd. is planned to be changed in the spring of 2020. 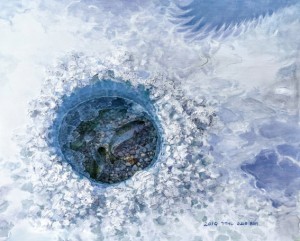